The Promise and Power of Author Collaboration

We all know the writing profession can be lonely. Writing requires us to narrow our focus, block out distractions, and pound the keyboard, extruding stories from our minds onto the page. When the act of writing is suspended—it never really ends—and we emerge from our writing cave to share our work with the world, it can be a bewildering, confusing, and soul-crushing experience.

Yes, the writing profession can be lonely, but it doesn’t have to be. Let me tell you a story about the founding of an authors’ collective called Made in L.A. 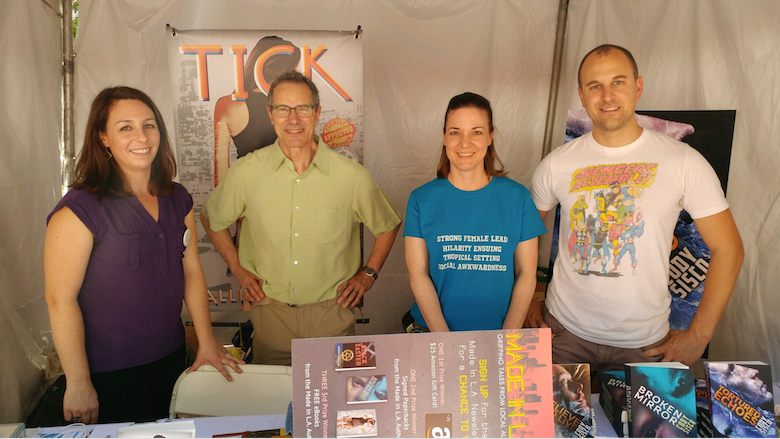 A bit of background: Writing my first novel, Broken Mirror, took three years from start to finish. During that time I participated in critique groups, writing workshops, and conferences whenever I had the time and money. As the novel neared publication, I had productive and indispensable collaborations with editors and cover artists. To build my platform, I developed an email newsletter and lobbed comments back and forth across the interwebs, clicking like, love, and retweet the way one might repetitively finger prayer beads while waiting for a miracle.

But that whole time I felt like a fraud because I wasn’t yet what I desperately wanted to be: a published author. I believe this is a common feeling among writers, especially those just starting out. The world of publishing can seem like a daunting landscape of fortress walls—submission requirements, editorial judgments, and unreturned emails—which seem intended to keep out the dregs.

At that stage, I wasn’t entirely sure that I wasn’t the dregs.

Then I published Broken Mirror, felt a thrill from making a few sales—people were actually buying and reading my book!—look a review!—and then I watched with growing dread as sales slowed to a trickle. I realized that marketing is a train that never stops and never slows, and I had to find a way to climb aboard. 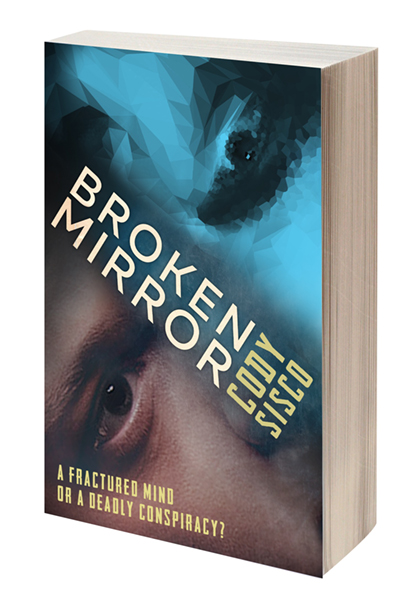 Marketing isn’t intuitive to me. It’s beyond my comfort zone. And it seems hopeless: as loud as I can shout, I’m just one voice in a rumbling, inchoate chorus of writers looking to reach a fragmented audience.

We were all doomed to obscurity, is how it seemed to me at the time.

Then, while I was writing my second novel, a wonderful thing happened that completely changed my attitude. It happened thanks to Indie Author Day 2016.

A quick run-down of the process: I signed up as a potential speaker/panelist on the Indie Author Day website. It’s easy and you can do it here by filling out the Author Inquiry form.

FILL OUT THE AUTHOR INQUIRY FORM

Not long after, the events manager at a local library invited me to their Indie Author Day event, where I met a dozen or so other indies. Suddenly the future looked brighter, friendlier, and more collegial. 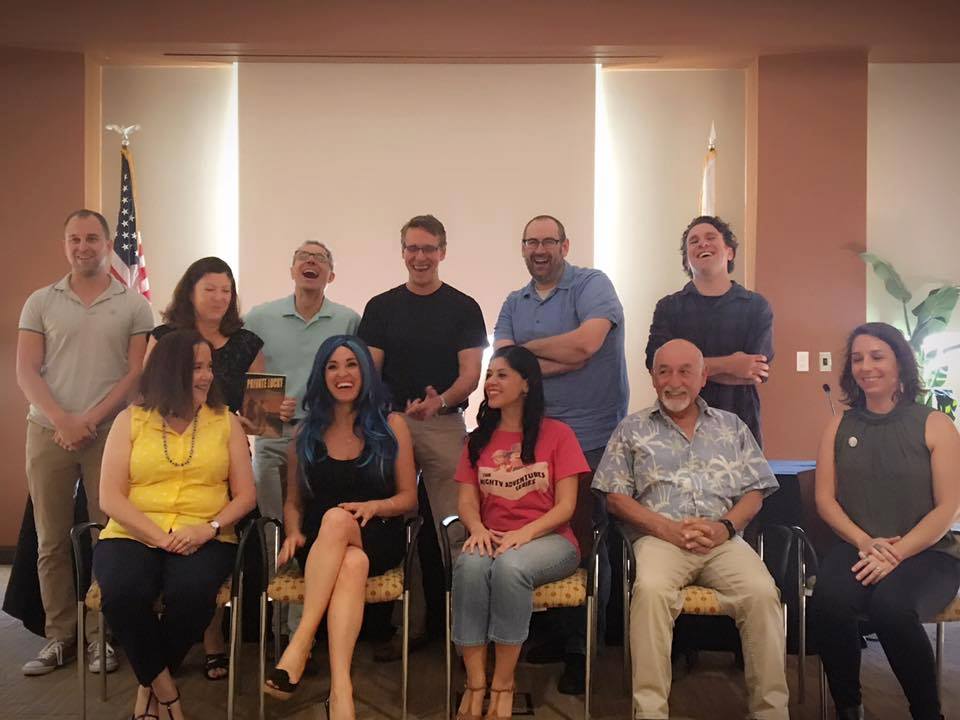 I kept in contact with a few of them via social media, we met once or twice in real life, and we continued to go about our separate ways.

Then a bright idea hit me: the Los Angeles Festival of Books was coming up. What if local indie authors banded together to share a booth? We could establish a beachhead on the shores of traditional publishing-dominated events and plant our flag. What might it say? It could read, “We’re here, we’re indie, and we’ve got books that fans are going to love,” but that wouldn’t fit on the banner…so we went with Allison Rose’s suggestion of “Made in L.A.: Gripping Stories from Local Authors.”

The preparations went relatively smoothly. We divvied up tasks such as creating a website (www.madeinlawriters.com), printing postcards, gathering prizes for a contest that would net us the beginnings of an email newsletter subscriber base, and more. Individually, we worked on getting posters, bookmarks, and other components to display in the booth.

But during the course of these preparations, it became clear that we were embarking on an effort that would extend beyond a single event: without much forethought, our little ad hoc group shifted in the direction of an author collective.

Over two days at the LA Times Festival of Books, we chatted with hundreds of book lovers who stopped by our booth. We talked about our writing, sold books, and described our nascent author collective. Many were intrigued: were we local writers or were our stories based in L.A.? We learned without a doubt that there’s a market for L.A.-based stories. In addition, we received much encouragement from readers as well as interest from writers who were attracted to the concept.

Several authors asked whether we accepted submissions. One literally shoved his manuscript into my hands, which I returned with a stern, “I’m not going to read it.” He then said I was bad at marketing. From his perspective, I’m sure that’s how it looked: I wasn’t doing a good job marketing his writing. J Be prepared to deal with many book lovers and with some characters that appear to have leapt from the pages of an engaging novel.

While the Made in L.A. booth was ongoing, we also heard from a few writers who were pinning their hopes on finding an agent. I have to say, it felt great to tell them our story and to encourage them to explore the indie route.

If the message isn’t clear yet, let me underline it for you now: collaborating with other authors is preferable to working alone. It extends your reach and capabilities, it provides support and pushes you more quickly toward your goals. But don’t take my word for it: I asked my fellow authors about their experience and what wisdom they would pass to other authors thinking about banding together.

What was the highlight of the experience? 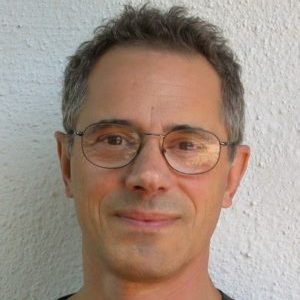 “Interacting directly with large numbers of readers and seeing how they approach a print book which interests them–which cover designs attract them, whether they only read the blurb or open the book and read the opening lines, or even flip through it to scan other passages.” 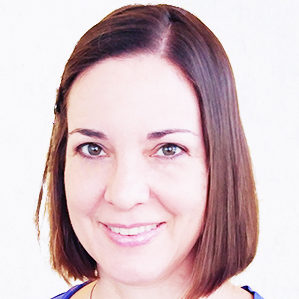 “I wore a shirt describing what I like to write, and got a compliment on it from someone I didn’t even know. That is helping me to imagine what else I can present to people that will connect them to my stories.”

What did you take away from the festival? 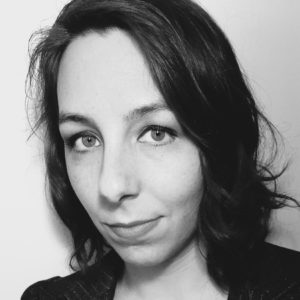 “It was amazing to see the diversity of people interested in my work, and even more fascinating to discover why. During my time in the booth at the L.A. Festival of Books, I learned I was selling myself short by making assumptions about who would be interested in my work. It was not until I stopped talking about myself and my book specifically that I understood it is not genre, story, or even theme that will get someone interested, but rather those small threads that connect my story to the individual. The biggest thrill of the weekend was to witness a person brighten with excitement when they realized there was something in my book they could relate to.”

What advice would you give other authors about doing in person events, book fairs, cons, etc.?

“Greet people early, but let them take their time to browse without interruption.”

“You are there to promote your work, but you are also there to connect with people. Don’t be a sales person; be a conversation starter.”

The Made in L.A. indie author collective debuted at the Los Angeles Festival of Books, and we are just getting started. Stay up-to-date on our journey via our newsletter: http://madeinlawriters.com/contact/ 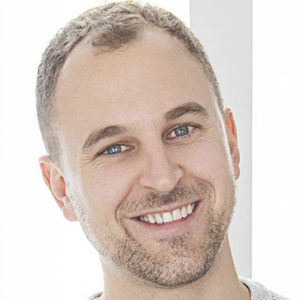 About Cody Sisco
Cody Sisco is the author of speculative fiction that straddles the divide between plausible and extraordinary. Tortured Echoes is his second novel and continues the series that began in Broken Mirror, which focuses on Victor Eastmore’s journeys on Resonant Earth and beyond. An avid reader of Frank Herbert, Haruki Murakami, and Kim Stanley Robinson, Sisco strives to create worlds that sit in the “uncanny valley”—discomfortingly odd yet familiar, where morality is not clear-cut, technology bestows blessings and curses, and outsiders struggle to find their niche. He is a co-organizer of the Northeast Los Angeles Writers critique group and a founder of the Made in L.A. author cooperative.